Has Biebs been added to the growing list of stars who have signed up for an appearance in 'Zoolander 2'?

Justin Bieber is about to catwalk on to the big screen, as the singer has been confirmed as appearing in upcoming sequel Zoolander 2, which stars Ben Stiller and Owen Wilson. The news was confirmed by Stiller on his Instagram page, when he posted a picture of Bieber facing off with his alter-ego Derek Zoolander. 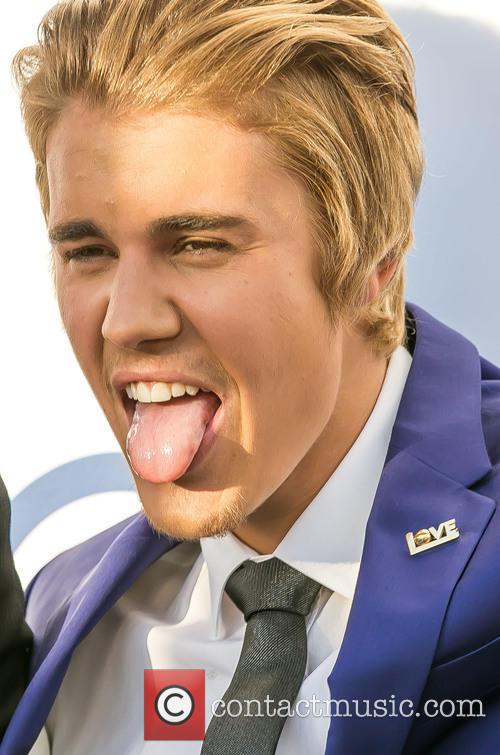 Justin is set to strut his stuff alogside Derek Zoolander

In the black and white image to the two try and out stare each other as they stand side by side in black and white. Stiller captioned the image ‘#Zoolander2 @justinbieber.’ Stiller is wearing a black rollback sweater in the pic, while Bieber is sporting a black jacket and white ribbed vest.

But for any fans who were shocked at Bieber’s darkened hair, don't worry it was just a wig, as the singer pointed out himself when he shared the same image on his own Instagram account.

The singer first teased a possible Zoolander 2 appearance earlier this week when he posted on Facebook, “Working on something big right now in Europe. To learn more follow me on Fahlo. He is so hot right now.”

As well as Bieber, Stiller and Wilson, Zoolander 2 will also feature Penelope Cruz, Olivia Munn, Karlie Kloss, Billy Zane, Kristen Wiig and perhaps even Kim Kardashian and Kanye West, if rumours are to be believed. Zoolander 2 hits theatres on Feb. 12, 2016.