Justin Bieber thrown out of Coachella?

Justin Bieber was reportedly put in a chokehold and thrown out of Coachella when he tried to gain admission to watch Drake perform. 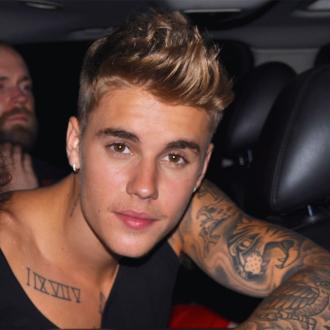 Justin Bieber was reportedly thrown out of Coachella.

The 21-year-old singer was put in a chokehold by security after he tried to gain admission to the Californian music festival during Drake's performance on Sunday (13.04.15) but was stopped from entering through the artists' entrance because the area was full, TMZ reports.

The 'Believe' hitmaker showed his wristband, which should have granted access, but guards wouldn't let him in, even after Justin explained he was a personal guest of Drake and he would be ''bombarded'' by fans if he stood in the public area.

One staff member relented and started to let the singer and his entourage in, but a security member reportedly came up from behind and put him in a chokehold before he was ordered to leave the festival.

However, sources close to the 'Beauty and a Beat' star insisted Justin left the site voluntarily and is now considering taking legal action against the security staff.

Despite the abrupt ending to his weekend, Justin had seemed to be having a good time at the festival on Saturday (12.04.15), where he was seen partying with pals including Chris Brown, Kendall Jenner and Gigi Hadid, and checked out sets from artists including Jack White and FKA Twigs.