Photos appeared earlier this week of the Biebs relaxing 'au naturelle' in Bora Bora, which promptly broke the internet.

Justin Bieber’s legal team is gearing up to sue the New York Daily News over nude photographs they published of the singer while he was on vacation in Bora Bora.

Within hours of the photos appearing on the publication on Wednesday (October 7th), a cease and desist letter was sent by the Canadian singer’s legal representatives stating that the images constituted a violation of his privacy and publicity rights. It demanded compliance with a request to take the pictures down within 12 hours of receipt, but at the time of writing, they are still live on the NYDN site. 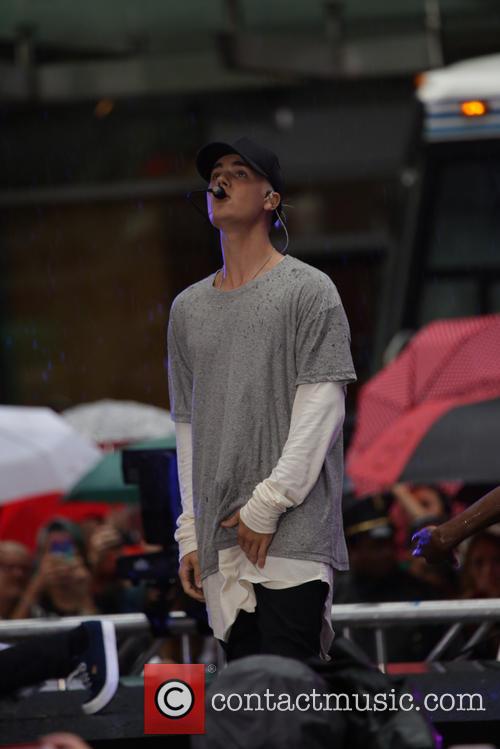 Justin Bieber's legal team are threatening to sue over the photos

Despite speculation from some corners of the internet that the photos have been doctored in order to look like Justin Bieber, the letter, a copy of which was obtained by The Hollywood Reporter, acknowledges that they are genuine.

“We recently became informed that your company has obtained and is distributing unauthorized photographs of our Client including images showing him without clothing,” the letter from law firm Myman Greenspan Fineman Fox Light LLP reads.

The photographs show Bieber relaxing round his private pool with model Jayde Pierce, as paparazzi with telephoto lenses managed to snap several revealing pics of the singer’s butt – and other areas…

More: Justin Bieber opens up about his relationship with Selena Gomez – “It was too much at that age”

Well, there’s every chance that this is heading to the inside of a courtroom if one side doesn’t back down. Bieber wouldn’t be the first person this year to take something like this to trial – earlier this year, Hulk Hogan filed a $100 million lawsuit against Gawker after they published his sex tape, with a court date set for March 2016.

Billboard spoke to criminal defense attorney Mike Cavalluzzi about the chances that Bieber has of his case potentially standing up. “The right to publish is going to hinge on whether [the images] are newsworthy, and it's very, very interesting because obviously anything about Justin Bieber is newsworthy,” he explained.

“When you determine the newsworthiness of something, it doesn't have to be serious news. It doesn't have to be educational news. It merely has to be a matter that engages the public interest… …he is constantly posting sexy images of himself on Twitter and on social media, which clearly shows that he is using his sexuality to engage the public…. …he’s a public figure, he's made his sexuality a part of his fame… and therefore the fact these go a step further are fair game.

“The other side would argue that a person's private parts are something that only they can choose to show to the public and that this is the truest form of invasion to privacy because if Justin Bieber wants to show his p****, he should be the only person who owns that right to show his p****.”

More: Justin Bieber’s ‘What Do You Mean?’ steals One Direction’s Spotify streaming record