The theft of Justin Bieber's laptop has emerged as a hoax - with the news story a publicity stunt for his new video 'Beauty and a Beat'. 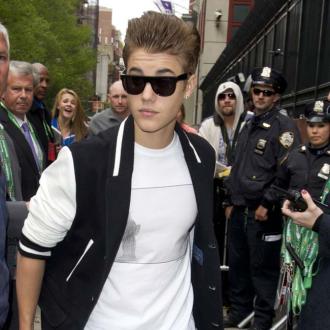 Justin Bieber's claims his laptop had been stolen were a hoax.

The 'Believe' hitmaker had complained earlier this week his computer and camera had been stolen backstage at one of his gigs and he was subsequently subjected to threats on twitter that personal videos and files from the laptop would be leaked online, but it has now emerged that it was all a publicity stunt for his new video.

Twitter user gwexy had threatened to release a personal video at 12pm today (12.10.12) - and the footage was 'Beauty and a Beat', the singer's new promo with Nicki Minaj.

Tweets from the account read: ''@justinbieber u have dealt with a lot of rumors for a very long time, as a kid. with the whole world watching. u ready for more?

''HERE IT IS I told you I would post something WORTH watching and talking about. (sic)''

Justin thanked the 'hacker' for publishing the video and went on to explain he had created the hoax because he was tired of false stories being created about him.

He posted: ''Since I was 14 i have had a lot of things said about me, from dying, to taking hormones, to dying again, to stuff about my family.