Has Justin Bieber Teased Fans With New Music In Video Of Community Service?

The Canadian singer posted a number of videos showing his progress during his court-mandated community service, which contained clips of what are believed to be tracks from his new album.

Justin Bieber seems to have used his current period of community service to give fans a sneak preview of some new music from his upcoming album.

British paper The Daily Mail reports that the 21 year old Canadian singer is currently serving five days of community service by painting the walls of a youth gang intervention center in Los Angeles, stemming from his recent conviction over a 2014 incident in which he egged a neighbour’s home.

Bieber uploaded a handful of videos and pictures to Instagram on Tuesday (October 21st), and one of them includes a clip of Jay Z’s ‘Hard Knock Life’ as well as what sound like snippets of tracks from his forthcoming album Purpose, set to be released on November 13th. 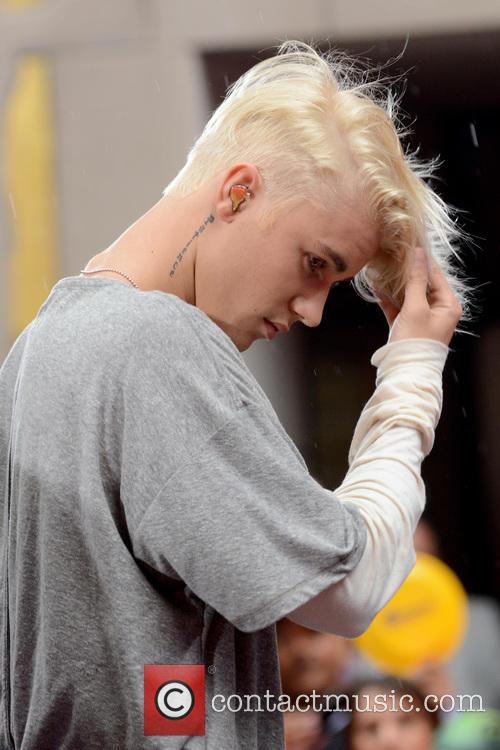 Bieber has posted three videos on Instagram of his community service

One of the videos, of him toting a roller and whitewashing a wall, was captioned “work hard play hard”, and another: “for the people who think I picked the paint brush to look like I am painting I'm really in this shit.” The last was simply captioned: "Lol".

None of the songs featured in the clips are his old tracks, indicating that he might be putting the court-mandated community service as a platform to promote his new work.

In July 2014, the singer was charged with misdemeanour vandalism in connection with an incident in January that year, where a neighbour accused him of causing $20,000 worth of damage to his home in Calabasas, California.

According to TMZ, Bieber met with his probation officer earlier on Tuesday and his community service is going well. The star has publicly stated that he’s trying to “reconnect” with his Christian beliefs at the same time as distancing himself from his troubled recent past.

More: Justin Bieber on Selena Gomez relationship – “it was too much at that age”