Justin Bieber's New Duet Partner Will Be Revealing All In The December Issue Of Playboy. 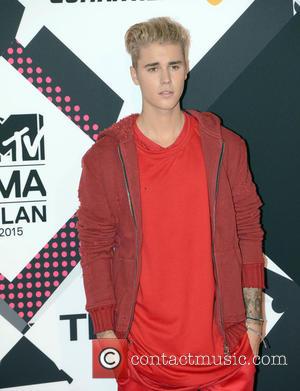 A month after Halsey released her mash-up of Bieber and The Weeknd via BBC Radio 1, Canadian pop star Bieber has revealed he has hit the studio with the newcomer.

The Ghost singer, who will head out on tour with The Weeknd next week (beg02Nov15), has recorded a duet track with Bieber for his new album, Purpose.

Titled The Feeling and produced by Skrillex, the song will be available when Purpose is released on 13 November (15).

Bieber officially announced the collaboration on Twitter on Tuesday (27Oct15), writing, "Oh yeah. U guys didn't know this. Me and @halsey got one on #purpose."

It's shaping up to be a busy end to 2015 for Halsey - she has stripped down for the holiday issue of Playboy.