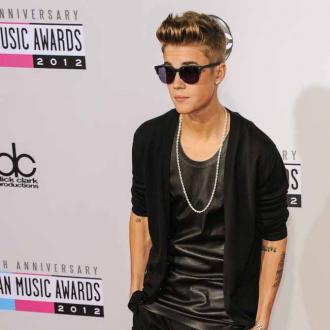 The 'Boyfriend' singer's visit to Southampton, New York, hotspot South Pointe ended in a vicious fight last Saturday (06.08.13), but it wasn't all bad news for the star as he allegedly left the club with two sexy cocktail waitresses, Diana Bhokasub, 24, and Sophia Rayo, 32, on his arm, according to the New York Daily News.

The 'Beauty and a Beat' hitmaker is currently being investigated by police after he allegedly ''went nuts'' on a fellow reveller as he partied the night away, leading to a physical altercation between members of the star's entourage and club patrons.

The fight is thought to have been triggered by a heated exchange between Justin, 19, and a male club-goer after a female friend attempted to hit on the singer in his roped-off V.I.P. section.

A source said previously: ''He ripped his shirt off and went nuts. He was screaming.''

Justin's security team quickly intervened and took the star out to the club's parking lot to cool off, but things took a turn for the worse inside the nightclub.

The singer's friends and members of his security were ''involved in a fight'' after he was escorted out, and an eyewitness reported seeing blood.