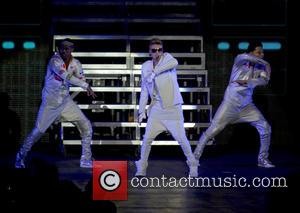 Justin Bieber has moved to silence the backlash over his bad boy antics in Australia by putting on a private concert for a young fan who missed her chance to attend one of his gigs after she was injured in a car crash.

The pop superstar, who is currently on tour Down Under, recently became the focus of an Internet campaign urging him to visit hospitalised fan Kate O'Neill,19, who spent months saving up to purchase a meet-and-greet session with the singer in Melbourne, only to miss out after suffering serious injuries in an accident.

Bieber finally responded to the 'Justinmeetkate' campaign by organising a special treat for the teenager on Wednesday (04Nov13). The singer organised a chauffeur-driven car to pick O'Neill up from a hospital in Melbourne and drive her to a private studio, where he performed a special gig for the teenager and her friends.

O'Neill, who was given special permission to leave her hospital ward for the evening, was serenaded by Bieber and he even allowed her to give him a kiss on the cheek at the end of the show, saying, "I love my Beliebers (fans) so much. They are always there for me and have done so much for me. It was so special to be able to give something back, especially to an amazing fan like Kate. It is what my Believe tour is all about."

He also posted pictures of the show on his Instagram.com page with the message, "Me and my girl Kate... She's so strong."

O'Neill subsequently said of the experience, "This has been amazing. Thank you Justin and everyone for organising this. This is the best day of my life."

The incident marks a turnaround for Bieber after weeks of negative headlines Down Under. His tour has been blighted by reports suggesting he has left his young fans waiting for hours at his gigs, while he also came under fire after he was caught spray-painting graffiti onto a wall at the hotel where he was staying in the Gold Coast.