A Finnish Belieber in the front row got more than they bargained for when Justin performed in Helsinki on Monday night.

Justin Bieber might need to say ‘Sorry’ to an unfortunate Belieber he accidentally sneezed upon in the front row while he was performing a gig this week.

One of the Canadian singer’s devotees got more than they bargained for during a show in the Finnish capital of Helsinki on Monday night (September 26th). A fan video uploaded by HollywoodLife shows Bieber performing his hit single ‘What Do You Mean?’, and trying unsuccessfully to stop himself from sneezing. 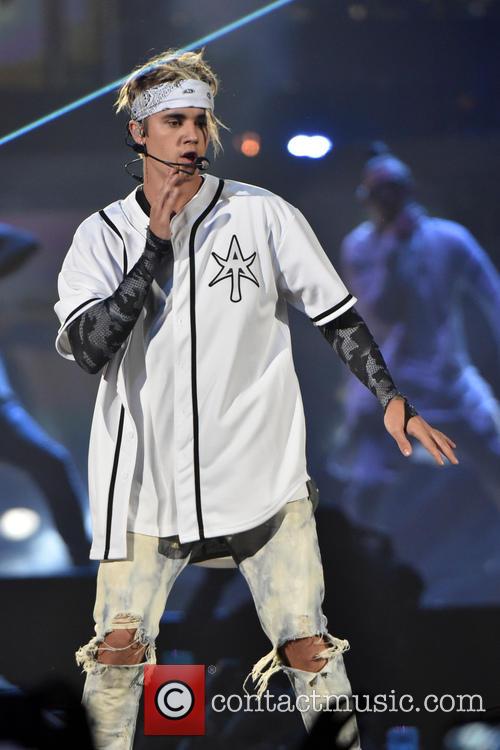 The clip shows the 22 year old singing the track and then quickly sneezing, unable to get a tissue or even put his hand to his mouth in time, causing a little lump of snot to visibly fly from his face and hit some poor unfortunate in the front row of the audience.

Or, depending on just how dedicated the fan was, fortunate – a piece of Bieber DNA just for themselves.

More: Amy Schumer and Justin Bieber the most dangerous celebrities to search for online in 2016

The slightly gross incident comes soon after the star angrily told fans in Norway, who tried to get selfies with him and chat to him in the street, that they “suck” before he walked away with his entourage.

Some of his Norwegian Beliebers waited in a little crowd for him to walk past, with one of them filming it all on a phone. As Bieber did so, he told them “you guys suck” as the fans made audibly disappointed noises.

Since he returned late last year with his current album Purpose – which he’s promoting via the ongoing world tour – Bieber has taken steps to distance himself from his rabidly devoting fans, refusing to take pictures with them and then cancelling fan meet-and-greets.

Late last week in Munich, Bieber was physically accosted by a fan who lunged for his shirt as he left a popular local nightspot with his crew.