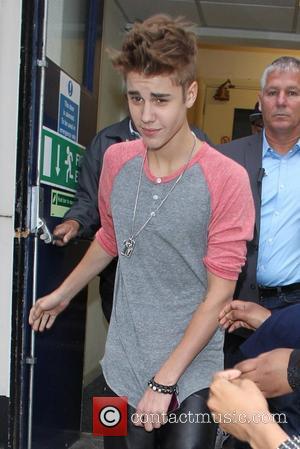 Pop couple Justin Bieber and Selena Gomez and Taylor Swift are all set for a Halloween to remember after leading all nominees for the 2012 J-14 Teen Icon magazine awards.
Announced on Thursday (13Sep12), Bieber leads the pack with nine nods, Swift has eight and Gomez seven.
The sweethearts could find themselves sharing a couple of awards when they are announced at the end of October (12) - because Bieber and Gomez are nominated for Iconic Couple and Iconic Kiss for the smooch they shared on the set of his As Long As You Love Me video set.
Meanwhile, Bieber will go up against his girlfriend in the Iconic Heart category, where his work for Charity Water and Pencils For Promise will be judged against Gomez's for Unicef and the Ryan Seacrest Foundation, and they'll also compete for the Icon of the Year trophy.
In the leading categories, Bieber and Swift will compete with Adele, Demi Lovato, Katy Perry and Nicki Minaj for Iconic Singer of the Year gold, and Big Time Rush, Boys Like Girls, fun., Mindless Behavior, One Direction and The Wanted will fight it out for Iconic Band.
The Iconic Song category will be a scrap between Bieber (Boyfriend), Carly Rae Jepsen (Call Me Maybe), Lovato (Give Your Heart A Break), Cher Lloyd (Want U Back), Swift (We Are Never Ever Getting Back Together) and One Direction (What Makes You Beautiful).
In the movie categories, Channing Tatum, Josh Hutcherson, Liam Hemsworth, Logan Lerman and Twilight stars Robert Pattinson and Taylor Lautner will battle for the Iconic Movie Actor trophy, while Emma Stone, Emma Watson, Kristen Stewart, Jennifer Lawrence, Lily Collins and Vanessa Hudgens are up for Iconic Actress.
And the Iconic Movie title will be contested by Katy Perry: Part of Me, Mirror Mirror, Snow White & The Huntsman, The Hunger Games, The Perks of Being a Wallflower and The Twilight Saga: Breaking Dawn - Part 2.
The award winners will be announced in the December issue of J-14 Magazine.