Justin Bieber is working on ''timeless'' music, according to collaborator Skrillex. 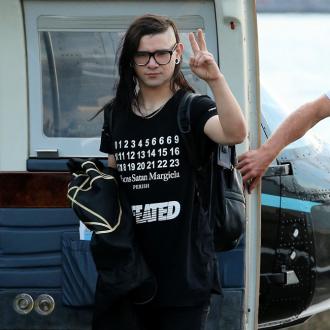 Justin Bieber and Skrillex are working on ''timeless'' music.

The 'Boyfriend' singer and the 'Bangarang' hitmaker collaborated with Diplo on the track 'Where Are U Now' and have reunited again to work on more music together.

Skrillex said: ''We're writing great songs, take all the production away and just break it down to the melody and the vocal ... we're writing really great songs.

''For me, at least, I feel like 'Where Are U Now' was his first step into real songs, almost like timeless songs. No matter what you think about who he is, you can't deny that he wrote a great song and that's what we're doing, and that's what the goal is for this record.''

But the 27-year-old music producer believes the 21-year-old singer took the ''biggest risk'' releasing the track as his first new piece of music since December 2013.

He added to MTV: ''I think he already took the biggest risk releasing his first single in a long time with Diplo and myself, and it had such a great response, and now it's just very freeing because that's what we're chasing after, just making good songs.

''I think that when you hear his voice... there's something that happens. I really like the stuff that we worked on together and we'll see what the world thinks when it comes out.''