Justin Bieber's stage drinking a 'one off'

Justin Bieber's recent antics on stage, drinking brandy and smoking marijuana, were just a 'one off', believes his pal Riff Raff. 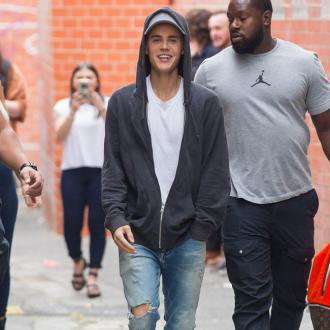 Justin Bieber's recent boozing on stage was a 'one off', according to his pal.

Rapper Riff Raff believes the 'Where Are You Now?' hitmaker, who hit the headlines this week for smoking marijuana and guzzling brandy on stage in New Zealand, is still committed to cleaning up his act.

Riff told TMZ.com that he recently hung out with Justin, 21, and producer Diplo in Hollywood, where he is recording his new album, and Justin didn't smoke marijuana or drink any alcohol while he and Diplo were ''f****d up''.

He also claims the trio later went to a party and Justin remained sober the entire evening.

The Canadian singer sparked fears that he had reverted to his old ways with his antics while performing at The Stage in Auckland on October 1.

Riff Raff says his pal may have fallen off the wagon on the night, but thinks it was just a one off.

In video footage from the gig posted online, Justin is seen swigging from a Cognac bottle and dousing the stage with the alcoholic drink.

Clearly amused by the clip, which was shot by a fan and uploaded online, Justin shared the video on his own Instagram account, admitting he was ''drunk.''

The 'What Do You Mean?' hitmaker, who was arrested for driving under the influence (DUI) in Miami last year and tested positive for marijuana, allegedly later struck up a ''joint'' on stage, according to gossip website TMZ.com.

Friends of the star claimed his antics during the performance were part of a ''dare'' and he now regrets his behaviour.