Pattie Mallette thinks it's ''absolutely crazy'' that her son Justin Bieber is a Calvin Klein model. 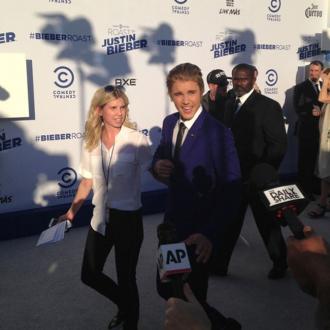 According to Pattie Mallette, 39, the 'Boyfriend' hitmaker should be proud all his endeavours but counts starring in the ads for the underwear label alongside model Lara Stone as one of his greatest achievements to date.

Speaking at the filming of Justin Bieber's Comedy Central Roast, she told BANG Showbiz: ''I just think Justin is a handsome fellow. Never mind him being one of the biggest pop stars on the planet, my son is now a Calvin Klein model! That, to me, is absolutely crazy.''

The event, which saw a host of comedians and stars mock her 21-year-old son, also left Pattie full of nerves.

The Roast, which featured jokes on topics ranging from his ex-girlfriend Selena Gomez, his bad driving skills, his numerous cringe-inducing appearances on 'The Ellen Degeneres Show' and his abandonment of his pet monkey, Mally, in Germany, will air in the US on March 30 and on Comedy Central UK at 10pm on March 31.

Meanwhile, the roast has already received criticism after comedians made references to the late 'Fast & Furious' actor Paul Walker in their jokes targeting Justin.

Rapper Ludacris was left reeling after comic Jeff Ross used both the title of his song 'Move Bitch' and referred to his 'Fast and the Furious' co-star's death in a car crash in November 2013, while referencing an incident which saw Justin arrested for drag racing.

He said: ''Move bitch, get out of the way, is what Paul Walker should've told that tree. Too soon? Too fast? Too furious?''

A source close to the star - whose real name is Christopher Brian Bridges - said: ''[The jokes] were in absolute poor taste and silenced the audience, leaving many upset guests - especially Chris, as Paul was like a brother to him, on and off screen.''