Justin Bieber's manager Scooter Braun has admitted people told him he was ''crazy'' when he signed the singer to a deal after being impressed by his YouTube videos. 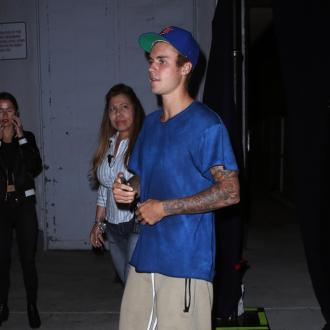 Justin Bieber's manager has admitted he was told he was ''crazy'' for wanting to sign the YouTube star in 2009.

Scooter Braun discovered the international star online almost a decade ago, and alongside Usher, the pair helped to launch the Canadian hunk's career, although they were warned off the idea at the time.

Speaking to Billboard magazine about how the music industry has changed over the years, he said: ''When I started, everyone told me that I was crazy to sign an act [Bieber] off of YouTube.

''They told me a manager can never build a brand for their company. Now you're seeing lots of managers building brands with and for their clients.''

However, the decision to work with Bieber under Raymond Braun Media Group (RBMG) proved to be a successful move for Braun, as Bieber has gone on to have four albums topping the US charts.

But it hasn't always been smooth sailing for the pair, and the manager has recently admitted working with the 'Sorry' hitmaker was ''worse than people realised''.

He previously said: ''It was worse than people realised. I failed him day after day. We were living in hell because he was in such a dark place.''