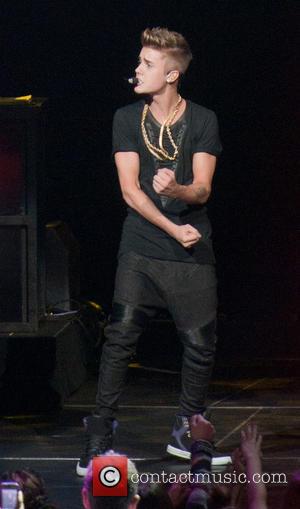 Scooter Braun couldn't keep his cool when he heard that his young star, Justin Bieber - whom he manages - gleaned NO nominations for The Grammy Awards 2013.

Airing his grievances on Twitter, he was quick to point out that he did in fact have one artist under his wing deemed worthy of Grammy consideration. "First... congrats to Carly Rae Jepsen," he tweeted, "Thought you deserved a best new artist nom, but proud Call Me Maybe got you 2 noms. So proud of You. Second... this time there wont be any wise words, no excuses, I just plain DISAGREE. The kid deserved it. Grammy board you blew it on this one." The ceremony will take place in February, and Braun thinks Bieber deserves recognition because he's really "delivered" this year. "Huge successful album, sold out tour, and won people over... This time he deserved to be recognised and I don't really have any kind nice positive things to say about a decision I don't agree with," he went on to tweet.

To be fair to Scooter and Bieber, the "Baby" hitmaker has had a great year, and if Jepson is in line, then we can't figure out why Bieber isn't on the list. Another high profile snub was Nicki Minaj, but considering her penchant for making a scene, we're pretty sure you'll hear that from her soon enough.