The owner of Justin Bieber's home is being forced to pay for nighttime security after other residents of the Beverly Hills building grew angry over noise and alleged drug fumes. 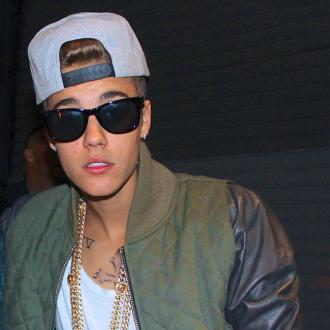 The owner of Justin Bieber's home is being forced to pay for nighttime security.

The 'Believe' hitmaker has angered fellow residents in the Beverly Hills apartment complex - in which he is renting a penthouse and another property - with a string of parties and alleged marijuana use, forcing them to take action this week.

The Home Owner's Association (HOA) held an emergency meeting this week and have agreed to hire security guards from 6pm to 8am, with the bill being sent to the owner of Justin's properties, TMZ reports.

Neighbours called police on Tuesday (01.07.14) over loud music being played at the 20-year-old star's apartment - where the 'Baby' hitmaker was hosting a party for guests including Johnny Manziel, Floyd Mayweather, Tyrese, Tyga, and Chantel Jeffries - and after speaking to a guest, the group agreed to turn down the volume.

However, a short time later, police returned to the building following another complaint, this time over female fans who were screaming and making noise outside.

And this wasn't the first time Justin had upset fellow residents in the building, which he only moved into last month.

According to reports, the HOA (Home Owners Alliance) met over concerns of excessive noise and marijuana use, and police were previously called on two occasions.

One resident in the building said recently: ''The smell of marijuana was permeating the floor, especially my hallway which is shared by [Justin's] unit.''

In March, Justin sold his Calabasas home in Los Angeles to Khloe Kardashian, following a string of complaints from neighbours over his wild antics, the most controversial of which was an alleged egg throwing incident which has led to the pop star facing criminal charges.