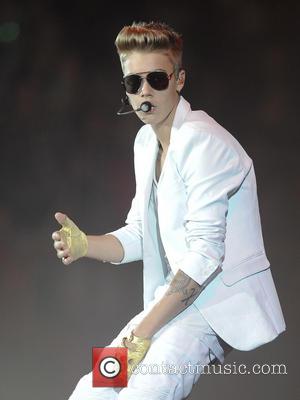 Justin Bieber sparked a bust-up with a neighbour by allegedly racing his Ferrari sports car at high speed inside the confines of a private gated community.

The teenage pop star is currently at the centre of a battery investigation after a fellow resident of the exclusive The Oaks compound in Calabasas, California claimed the singer turned nasty and threatened him during a heated dispute.

The wife of the neighbour involved in the clash, who has not been named, has now spoken out about the alleged incident and branded the singer "a punk".

She tells local news outlet Ktla.com, "He needs to know he's not invincible and he can't continue to be surrounded by enablers."

The woman goes on to reveal her husband initially approached the singer to tell him to stop driving up and down the compound in his Ferrari at high speed.

She adds, "He was speeding through the neighbourhood, driving erratically, like he was on a racetrack. We have families here. No sidewalks. This behaviour is totally unacceptable. My husband went up to him to have a civil conversation. But apparently Justin Bieber had a hard time being told to slow down."

Sheriff's spokesman Steve Whitmore says of the ongoing police investigation, "Allegedly, there was a battery perpetrated by Mr. Bieber on this neighbour, as well as some threats made by Mr. Bieber. Right now it's a misdemeanour simple battery, which is unwanted touching. It could be anything from grazing an elbow, patting on the back... It could be spitting."

The incident is the latest in a long line of problems which the singer has faced over the last few weeks. The U.K. leg of his Believe world tour recently ended in a hospitalisation and an altercation with a photographer, and he hit headlines again this week (beg25Mar13) when he was snapped parading topless through an airport in Poland.