Justin Bieber and Usher have recorded a Christmas duet together for the 17-year-old pop superstar's upcoming festive album. 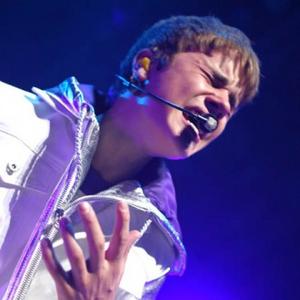 Justin Bieber has recorded a Christmas song with Usher.

The 17-year-old pop star is making a festive album and was joined in the studio by his mentor - who signed him to his Raymond Braun Media Group (RBMG) label - to duet on a Yule Tide hit.

Justin tweeted: "just finished a late nt in the studio for the christmas album...it is OFFICIAL...my big bro @UsherRaymondIV is on the album with me! #EPIC (sic)"

The 'Baby' singer insists the track is very Christmassy and he is really pleased with what he and Usher - full name Usher Raymond IV - have produced.

Justin is teaming up with a host of music stars for his Christmas record, including The Band Perry and, according to rumours, Taylor Swift and Sean Kingston.

He has already confirmed he has recorded the track 'Falalalala' with Boyz II Men and the LP is being produced by Kuk Harrell.