Justin Bieber loves working with Kanye West because of his ''creative input''. 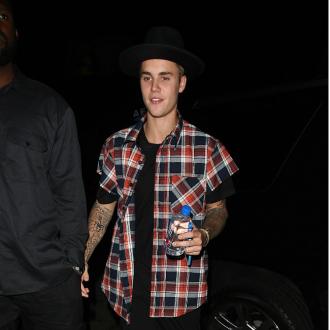 Justin Bieber says Kanye West is unlike any other artist he has ever worked with.

The pair are collaborating on Justin's comeback album and the 21-year-old pop star loves the 38-year-old rapper's ''creative input''.

He explained: ''I'll play a song, and he'll be like, 'Man this reminds me of like...a blacklight sunset,' or something. He'll try to paint these pictures for you. It's not the average way. He doesn't just come in and say, 'This sounds good; this sounds bad.' He'll be like, 'This is this because the world needs this.' He comes from a whole different point of view.''

Justin also claimed that he is ''breaking barriers'' with his recent collaborations with Skrillex and Diplo, including their song 'What Are U Now'.

He told Complex magazine: ''I've gotten all of these different modes, and try to dive into different ideas, and I finally came up with something that was pretty genius. I have these collaborations with Skrillex and Diplo, like 'Where Are U Now' that just took off. This is their first top 10 record. It just shows that we're breaking barriers in the EDM world.

''I think people have been trying to do it for a while, making dance music, like Usher and all of those people, but I don't think it's been done in the right way.''