The 20 year-old singer was caught on camera telling a racist joke while being filmed for the 2011 documentary 'Never Say Never.' 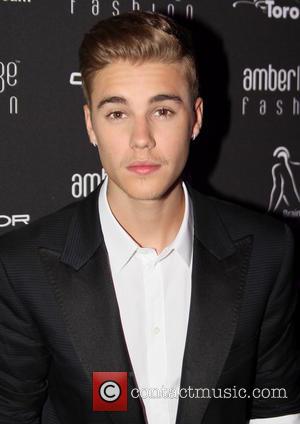 Justin Bieber has landed himself in more hot water after a video was released online of himself telling a racist joke.

The old leaked footage, which was published by The Sun newspaper, shows the troubled star asking, "Why are black people afraid of chainsaws?"

He also made the sounds of chainsaws after telling the joke. This was reportedly caught on camera during the filming of Bieber's 2011 documentary 'Never Say Never.'

The Canadian singer's team tried to purchase the clip for a very large amount of money in order to keep it out of the public eye, according to the UK newspaper.

"This video is Justin Bieber and his camp's worst nightmare. Even after the year he's had, when he's never been far from controversy, this tops the lot," a source said to The Sun.

This footage could not only be damaging to Bieber's professional career, but also his personal life as well. It is well known that he was mentored by African American R&B star Usher, and is close friends with people such as Jaden Smith, the son of Will Smith.

This incident is just one of many offenses Bieber has been the center of in 2014, with the most recent being accused of attempted robbery he as is reportedly under investigation by the LAPD for trying to steal a women's cell phone.

Watch the leaked footage below

The alleged theft occurred on May 12th at the Sherman Oaks Castle Park in Los Angeles. A women from the San Fernando Valley area, who was with her daughter, apparently saw Bieber get into an altercation with another group of males and decided to take pictures of him. But when the singer noticed this, he attempted to snatch the cell phone off her, which made the women's daughter cry.

Bieber or his management team have yet to respond to the leaked footage.