Is Justin Bieber Setting A Bad Example With His Pet Monkey?

Justin Bieber's Monkey is in Germany

We all know that a crazed fan will do anything to emulate their idol, so perhaps we should be blaming the late Michael Jackson for all of this. But it’s Justin Bieber’s monkey, and it’s fun to blame him.

So to recap: “Justin Bieber brought his monkey to Germany, but had no official paperwork with him,” the German airport’s spokesman, Thomas Meister, said. “We were forced to confiscate the animal.” Bieber will now be hit with a fine, which could be as high as $17,000, and he will have to pay the costs of the quarantine. However, is having a pet monkey okay? “No,” says Debbie Leahy, manager of captive wildlife protection for the Humane Society of the United States, “primate species should ever be kept as a pet. They have very special needs. These are highly social animals. They need to be kept with others of their own kind; that's just critical to their psychological well-being.” Mally – the little monkey – probably won’t be hurting anyone anytime soon, but the 2009 chimpanzee attack in Connecticut, which left a 70-year-old woman mauled, should act as deterrent from having monkeys as pets.

“People want to emulate celebrities they admire. When somebody like Justin Bieber is irresponsible and goes out and gets a pet monkey, he sets a very bad example,” adds Leahy, who calls Bieber “a little bit out of control” in her chat with National Geographic. 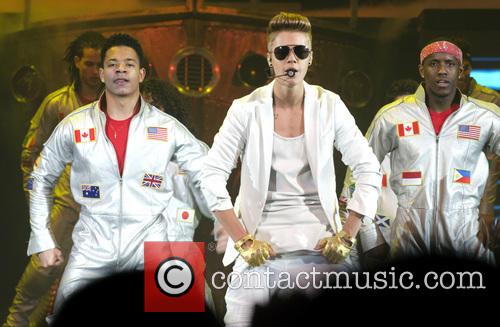