Justin Bieber mocked the English accent while launching his new album in London and distanced himself from comparisons to Justin Timberlake. 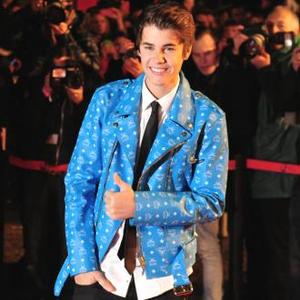 The 'Boyfriend' hitmaker launched his latest record 'Believe' at London's Supperclub on Monday night (23.04.12), and when 'The Voice' co-presenter Reggie Yates asked him some pre-vetted questions he responded by making a quip at the local dialect.

During the event, Justin slammed the creative process for one of his new tracks, 'As Be Alright', which his manager Scott 'Scooter' Braun informed him was produced in Indonesia.

As the song was played, Justin said: ''I was in some random country. I recorded it in a studio. Some little place. They didn't know what they were doing.''

The 'Never Say Never' hitmaker also distanced himself from comparisons to Justin Timberlake, insisting he sounds ''nothing like'' the former 'N Sync singer.

Justin revealed one of the tracks on 'Believe' will be about Mariah Yeater, the woman who accused his of father her baby, Tristyn, but she later dropped a paternity case against him and confessed her ex-boyfriend was the real dad.

He said: ''There's a song about that girl that said she was gonna have my baby, Mariah Yeater. There are songs about things I'm going through. I wrote songs about different situations.''