Justin Bieber made Selena Gomez cry because of a heartfelt speech he made at her birthday dinner. 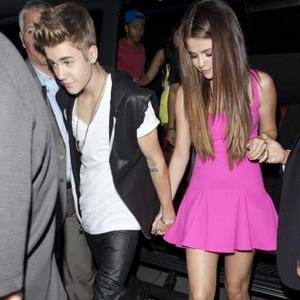 Justin Bieber made Selena Gomez cry with a heartfelt speech at her birthday dinner.

The 'Boyfriend' hitmaker treated his 20-year-old girlfriend and some close pals to a lavish dinner at Il Cielo restaurant after the Teen Choice Awards in Los Angeles on Sunday (22.07.12) and Selena became emotional after he publicly praised her.

A source told Hollywoodlife.com: ''Justin made a speech which brought tears to Selena.

''It was basically about how wonderful and exceptional Selena is and everyone stood up and applauded. It was very sweet. Justin looked like he is just head over heels in love with Selena.''

Romantic Justin, 18, masterminded the entire evening and made sure his girlfriend was treated ''like a princess''.

The insider added: ''Justin made sure that everyone at Il Cielo treated Selena like a princess last night.

''He was really adorable about it. You could tell that her birthday dinner party meant a lot to him.''

''There were rose petals on the tables, which was Justin's idea. He is quite the romantic. The party was held in the back room and was very intimate. There were about 30 guests.''