Justin Bieber and Selena Gomez's ''love is unconditional,'' according to the 'Baby' hitmaker, who has hinted they are back together again. 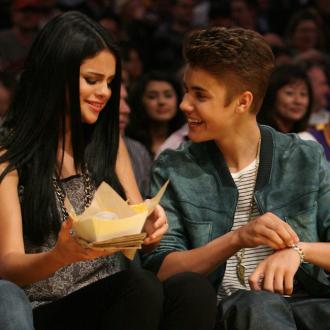 The 'Confident' singer has hinted he has rekindled his relationship with his on-again, off-again girlfriend again, following their last split shortly after they attend the Coachella Valley Music & Arts Festival together in April.

The 20-year-old star posted a romantic black and white photograph of them on his Instagram profile on Wednesday (11.06.14), in which the 'Spring Breakers' star is cradling his head in her arms and gazing at the camera, with the caption: ''Our love is unconditional.''

But the Canadian singer, who first began dating the former Disney star in 2010, quickly deleted the intimate image after it instantly caused a frenzy among his fans.

The brunette beauty, who sought treatment in rehab in January and recently claimed she was taking her ''power back,'' previously reunited with the 'Baby' singer in March after he posted a picture of her at the Vanity Fair Oscar's after-party, with the caption: ''Most elegant princess in the world.''

They split a few weeks later amid rumours she was jealous of his friendship with reality TV star Kylie Jenner, 16.

The heartthrob appeared to have moved on from the 'Come & Get It' singer last month when he ''hooked up'' with Victoria's Secret model Adriana Lima at the Cannes International Film Festival.