The singer took a break from singing to focus on his goals.

Justin Bieber is so confusing right now. One minute he's refusing to do meet and greets with fans, and the next he's joining in random soccer matches while on tour. The star made a bunch of English high school students' day when he joined in their ball game on school grounds this week. 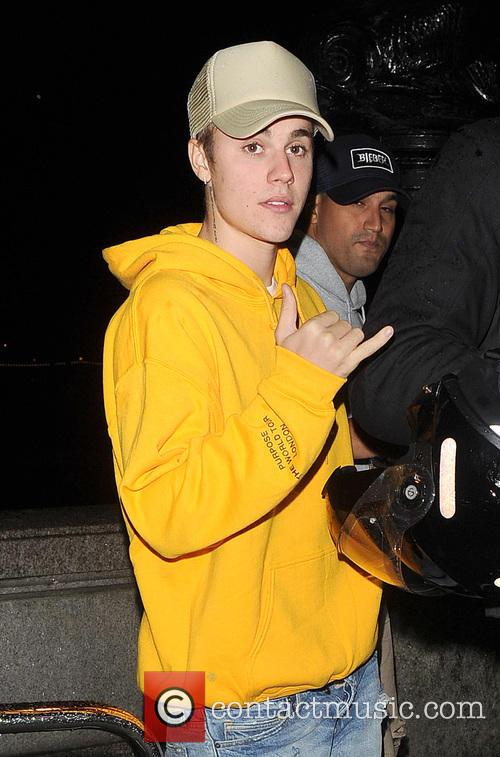 The 'Sorry' singer is in London for his O2 arena residency this week and he decided to make a little surprise visit to Highgate School in Haringey, where he spontaneously joined in on the Senior Team's football game. He favoured a hoody and jeans over the team's claret kit, but he did consent to donning a high visibility vest according to a team photo that was taken and shared on Twitter yesterday (October 12th 2016).

The game came ahead of his second night at the O2 in Greenwich, and needless to say students and ex-students at the school have expressed a lot of excitement about his guest spot on the field.

'Justin and his manager came over to speak with us - I recognised him straight away', PE teacher Mario Noto told The Sun. 'They had been driving past and seen our lesson going on. They explained Justin was in town for his shows at the O2, that he enjoys his football, and would love to join in. We thought this would be a great experience for the pupils. He was very down to earth and could have been another pupil, just enjoying himself, and spent about half an hour with us. He asked me to go in goal for a few penalties - and turned out to be pretty good!'

Bieber continues his O2 residency with two more shows at the venue on October 14th and 15th, before travelling to Birmingham for two dates at the Barclaycard Arena and Manchester for three dates at the Manchester Arena. He'll also hit Sheffield, Glasgow and Dublin before taking his tour to Europe. He's due to return to London's O2 on November 28th and 29th.