Justin Bieber was left ''shaking'' after being pranked by Ellen Degeneres on her chat show. 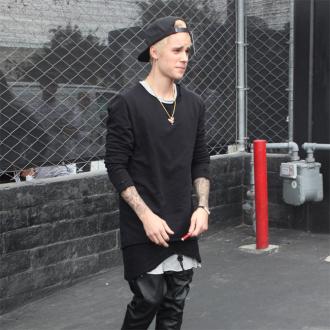 Justin Bieber was left ''shaking'' after being pranked by Ellen Degeneres today (20.02.15).

The 20-year-old singer, who was recently unveiled as the new face of Calvin Klein underwear, freaked out when a lookalike model jumped out of a box wearing boxer shorts, a blonde wig and copies of the 'Boyfriend' hitmaker's tattoos while discussing his upcoming Comedy Central Roast to celebrate his 21st birthday with the chat show host.

Ellen held back tears as she explained that the hilarious prank was her ''only shot'' at the singer because she's not taking part in the comedy roasting.

The 'Baby' hitmaker, who has appeared on the show four times, later wrote on Twitter: ''I think today was our best hang out yet. @TheEllenShow u got me. Lol (sic)''

Justin is also set to appear on Ellen's new hidden-camera series, 'Repeat After Me,' next week.

The ABC show sees host Wendi McLendon-Covey instruct celebrities, via an earpiece, how to interact with everyday people who aren't aware they're being filmed.