Bieber's 'Love Yourself' has a slim lead over an NHS choir's charity single at the halfway point, with 'The X Factor' winner Louisa Johnson's single 'Forever Young' languishing at No.6.

Justin Bieber is ahead by a nose in the annual chart battle for Christmas Number One in the UK, with his current single ‘Love Yourself’ fractionally outselling an NHS choir at the halfway point in the sales week ending on Christmas Day.

According to the Official Charts Company on Monday (December 21st), the Canadian singer is leading by combined sales of just 3,000 copies from Lewisham and Greenwich NHS Choir’s song ‘A Bridge Over You’.

A song combining elements of Simon & Garfunkel’s ‘Bridge Over Troubled Water’ and Coldplay’s ‘Fix You’, the choir’s track has become an unexpected success and all proceeds from sales will go to various healthcare charities, including Carers UK and Mind. While it is ahead in terms of downloads, Bieber leads the way in the charts by virtue of streaming.

However, one of the most high-profile songs of the year is way behind in the race, with ‘The X Factor’ winner Louisa Johnson languishing at Number 6 with her cover version of Bob Dylan’s ‘Forever Young’. Initial sales over the weekend had indicated that her sales total would be significantly lower than the usual total for ‘The X Factor’ winner each year. 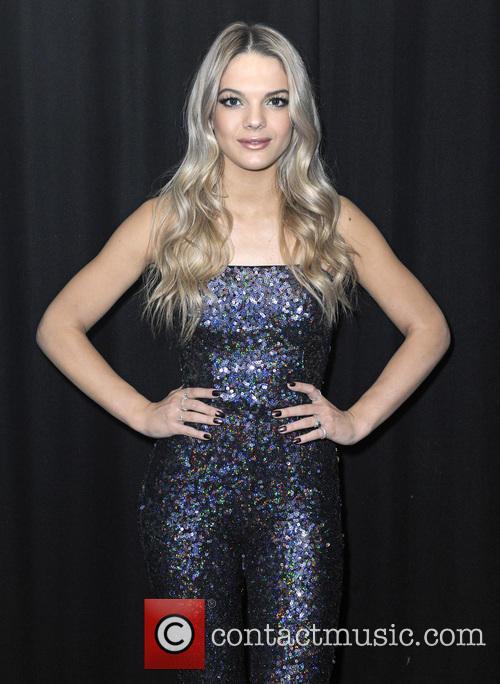 Louisa Johnson's 'Forever Young' is only at Number 6 in midweek

UK rapper Stormzy is at Number 8 with ‘Shut Up’, a track released back in September but which has snowballed into a festive Number 1 campaign after he performed the song as a walk-on for boxer Anthony Joshua earlier in December.

Other festive favourites are dotted around the rest of the chart, with Mariah Carey’s ‘All I Want For Christmas Is You’ at No.13, and The Pogues’ ‘Fairytale of New York’ at No.14. Tracks by Wham!, Chris Rea, Slade and Wizzard are some of the others to occupy spots in the Top 100.