Justin Bieber's friend Lil Za has moved out of his home in Calabasas, California, following his arrest after a police raid on the home earlier this month. 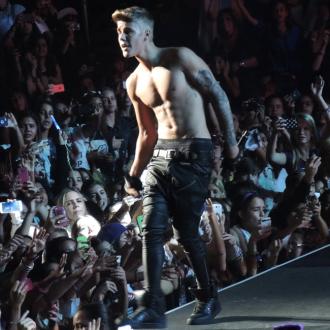 Justin Bieber's friend Lil Za has moved out of his house.

The wannabe rapper was arrested after drugs - believed to be Xanax and Ecstasy - were found at Justin's house in Calabasas, California, during a police raid earlier this month, and he has now been moved on by the singer's inner circle.

A source told RadarOnline.com: ''Justin's team is cleaning house. Liz Za is out and he's now living at a nearby hotel.''

Those close to Justin - including his manager, Scooter Braun - are said to have been pushing for him to distance himself from Lil Za, real name Xavier Smith, for some time, as they believe he is a bad influence.

Model Milyn Jensen, who had a fling with Justin in December 2012, claimed he had become friends with Lil Za and another rapper, Lil Twist, in order to help shed his ''cheesy'' teen idol image but they weren't good for him.

She said: ''They are the bad influence. They took advantage of his desperation to shed his 'cheesy pop star' image.

''I've been friends with these guys for a long time. When I ask them how Justin is they always say he's fine, he just gets down about all the attention. I think he uses weed [marijuana] as an escape.''

Justin, 19, is said to have previously thrown both Lil Za and Lil Twist - real name Christopher Lynn Moore - out of his house in September last year after expensive jewellery went missing while they were house-sitting for him when he was on tour.