The stars are just some of the performers to play at Manchester's Old Trafford cricket ground this Sunday (June 4th) in a televised tribute concert.

Ariana Grande is to be joined by some of the very biggest names in pop music as she performs at a tribute concert held in honour of the Manchester bombing victims this coming weekend, including Justin Bieber, Katy Perry, Miley Cyrus and Coldplay.

The pop megastars will share the bill at the ‘One Love Manchester’ tribute show that will take place at the 50,000-capacity Emirates Old Trafford cricket ground on Sunday (June 4th), which is being held to commemorate and raise funds for the victims of the terrorist bombing that took place at Grande’s concert at the city’s MEN Arena less than two weeks before. Justin Bieber is one of the huge stars joining Grande

Other performers will include Pharrell Williams, Usher, former One Direction star Niall Horan and Manchester’s own Take That. The BBC is to broadcast the event, which begins at 7:15pm, on television and radio.

All proceeds are to go to the ‘We Love Manchester’ emergency fund, set up by Manchester City Council and the British Red Cross. Tickets will begin going on sale on Thursday (June 1st) at 10am and are available here.

23 year old star Grande had come in for criticism from some quarters, including professional loudmouth Piers Morgan, for fleeing Manchester after the atrocity last Monday (May 22nd) and suspending her Dangerous Woman tour of Europe until it resumes on June 7th in France. However, she told her fans last week that she would return to the city. 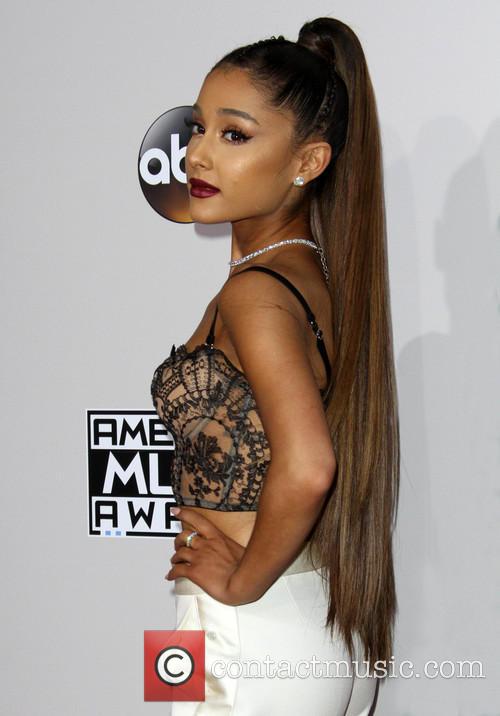 Ariana Grande is to return to Manchester

“I don't want to go the rest of the year without being able to see and hold and uplift my fans,” the singer wrote via her social media. “I'll be returning to the incredibly brave city of Manchester to spend time with my fans and to have a benefit concert in honour and raise money for the victims and their families.”

Speaking to the BBC before the line-up and event was announced, Greater Manchester Police chief constable Ian Hopkins said: “When the idea of the concert came up, my first reaction was, we need to speak to the families of the victims and see what they feel. It's fair to say that the majority of them are very much in favour, there are some that clearly aren't and that is absolutely understandable.”