Justin Bieber is the new face of Calvin Klein?

Justin Bieber has reportedly shot a campaign for Calvin Klein which will be released later this year. 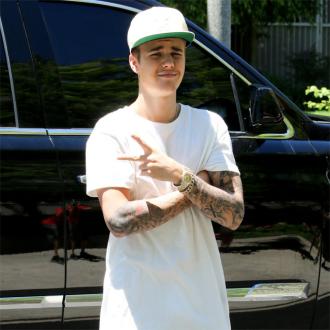 Justin Bieber is rumoured to be the new face of Calvin Klein.

The 'Boyfriend' hitmaker - who recently posted shots of himself posing in the brand's iconic briefs on his Instagram account - has reportedly teamed up with the famed underwear label for a campaign which is set to be released later this year.

A source told the Mail Online: ''Justin has shot for Calvin Klein, we hope the results will be released later this year.''

Another insider has since confirmed to E! News that Justin had been involved in a shoot for the label.

News of the team-up follows a cryptic photo the 'Never Say Never' singer posted on his Instagram account back in March, in which he is seen posing with his shirt unbuttoned and wearing a pair of black Calvin Klein briefs.

Justin captioned the picture: ''What If I do a Calvin Klein campaign ? Comment below yes or no. (sic)''

Calvin Klein have so far declined to comment on the revelations but it is thought the 20-year-old will soon be joining model Lara Stone as the face of the brand.