Justin Bieber is a troublemaker

Justin Bieber is a ''troublemaker'' but ''charming'', according to director Jon M. Chu who worked on his new movie 'Believe'. 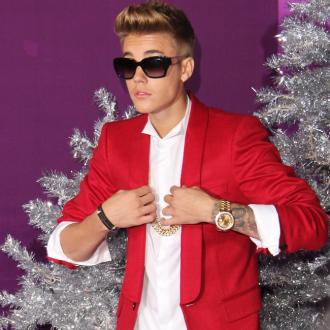 Justin Bieber is a ''troublemaker'', according to the director of his latest movie.

Speaking at the premiere of the new 3D film in Los Angeles, Jon told E! News: ''I think if [moviegoers] just see Justin the way I see Justin, they'll accept him - warts and all - and see that he's not as bad as the press makes him out to be sometimes, and he's not as innocent as he tries to paint himself sometimes.

''He's a troublemaker. It's what he is and he's charming as hell, but that's who he is and that's what makes him Justin Bieber.''

The 'Boyfriend' singer's grandmother Diane Dale also had a message for her grandson.

She quipped: ''He needs to learn to pick up his pants.'' Although his grandfather Bruce Dale, who also attended the premiere said he quit likes the fact that his grandson is messy.

The pair also revealed they weren't aware Justin could sing when he was a child.

Diane said: ''I didn't even know he could sing until Pattie [Mallette, their daughter and Justin's mother] told me.

''She's like, 'How could you not know? He was always singing in your basement'. I don't know the first thing about singing and neither does Bruce. And when he's sitting down there beating drums, how do you know whether he's singing or not.''