Justin Bieber hopes his new 'Believe Acoustic' album will make people focus on his music and appreciate him as an ''artist''. 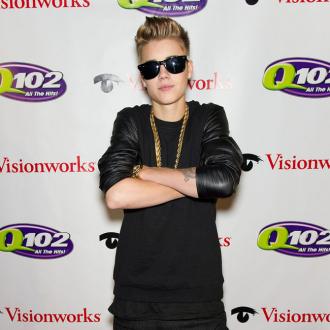 Justin Bieber wants to show people he is an ''artist''.

The 18-year-old singer hopes his new album 'Believe Acoustic' will make fans focus on his music, rather than his personal life, and thinks the record will prove his real talent to critics.

He told TV talk show host Jimmy Fallon: ''It's just good music. It just shows that I wasn't made, I was found on YouTube and it shows people music is music. That's what you need to focus on - listening to the music. I'm an artist. I'm not - I'm a singer and I want to show people what I love to do.''

The 'Baby' hitmaker - whose on/off relationship with Selena Gomez has been the subject of much recent speculation - says the record shows off his ''raw'' side because the music is so stripped-back.

He added: ''I wanted to basically strip it down so it's just me and an acoustic guitar. Some of it is me and a piano but most of it is just raw me. I think the fans really like it because it's just kind of how I started. I started with just me on the internet. Not really with all the produced pop music and so it's just that it's just really mellowed down and I feel like it's made for all ages.''

During his appearance on the show, Justin and Jimmy played a makeshift game of basketball using random objects, with the teenage star kissing a mannequin head before throwing it through the hoop, and he also threw pasta at the audience and showed off his toned physique.