Looks Like 'Jailey' Rumours Are True After All! Justin Bieber And Hailey Baldwin Smooch On Camera

Justin Bieber resolved last year to become less of the brat he's so depicted as in the media, and he's no doubt carried that resolution into the New Year - but that's not the only thing he brings with him for 2016. He's now apparently confirmed rumours that he's dating Hollywood heiress Hailey Baldwin after kissing her in a photo released on Sunday (January 3rd 2016). 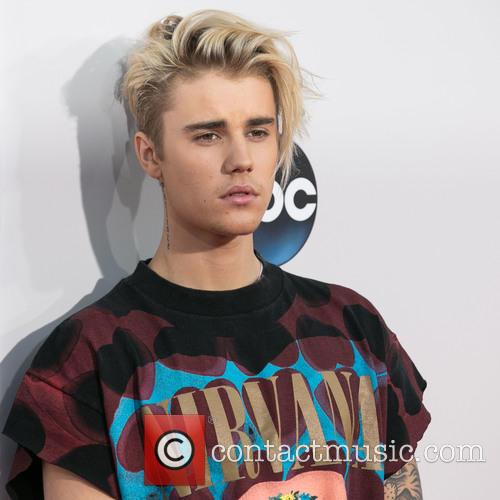 Does Justin Bieber have a new love for 2016?

The pair sparked some serious gossip over photos of them on vacation together with Bieber's father and siblings, and now Bieber has unveiled a shot of the two kissing on the lips on Instagram. The popstar was performing a set at Leonard DiCaprio's New Year's Eve party at St. Barts in the Caribbean, and event that also saw guests the likes of Robin Thicke.

More: Justin Bieber is back on top of the charts

Despite becoming very close in the last year, 19-year-old model Hailey has been strongly denying any romantic connection. 'We're just friends. I've known him for a long time', she explained to E! back in February. 'He's just going through a time in his life where he's transitioning in a really positive way and he needs good people around him.'

In the past, Hailey has been rumoured to have been linked with Luke Hemmings of 5 Second Of Summer but soon but those rumours to rest. Meanwhile, 21-year-old Justin has been linked with a whole string of women following the break up of his on again off again relationship with Selena Gomez. Among those include Miranda Kerr, Kourtney Kardashian, Rita Ora, Kendall Jenner and Kylie Jenner; though, again, these were never confirmed.

Of course, there's still no definite confirmation that the pair are together, but it's hard to imagine why they'd share a smoochy picture of themselves if they didn't want the world to think that.