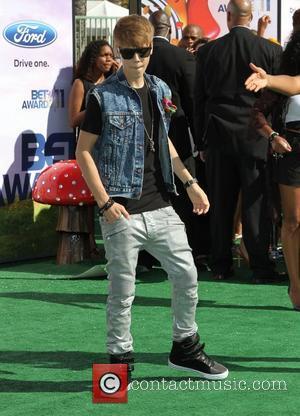 Justin Bieber has reportedly been given a talk about 'safe sex' by his mother Patti. Bieber and his girlfriend Selena Gomez have become one of the most talked about couple's in Hollywood, but the 17-year-old's mum has warned him that an accidental pregnancy could destroy their promising careers.
An insider speaking to Star Magazine, and quoted by Hollywood Life, said, "Justin's been told straight up that if he's having sex, he had better use protection". The teenage couple , both born to teenage parents, appear to have become much closer since going public with their relationship earlier this year. The insider added, "Everyone knows their intentions are good, but they also know how easy it is to get worked up when you're young and in love", adding, "It would only take a few moments of weakness to cause what could be a lifetime of regret". The talk was allegedly fuelled after intimate photographs of the pair enjoying the sun in Hawaii began to surface. The source added, "The most important thing is that Justin and Selena don't throw away their amazing futures because they were careless and foolish".
Justin Bieber and his girlfriend Selena Gomez reportedly spent the Independence Day weekend aboard a 155-foot yacht moored in the Sag Harbour Marina in New York. The couple were joined by the music mogul RUSSELL SIMMONS.