Justin Bieber was left red faced earlier this week when he forgot the words to the Spanish hit song 'Despacito' remix. 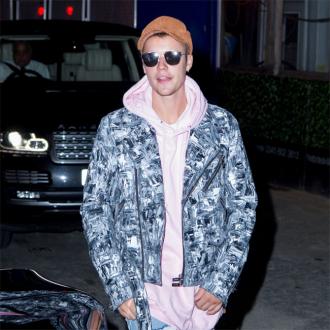 Justin Bieber forgot the words to the Spanish hit song 'Despacito' remix he features on during a surprise gig in New York City on Tuesday (23.05.17).

The 23-year-old singer was left red faced and forced to sing ''blah blah blah blah'' after his mind went blank while performing the catchy track at 1 OAK in the Big Apple.

Although the hunk only managed to remember the chorus, fans seemingly let him off the hook as the performance wasn't planned and may have contributed to his mind blank.

Meanwhile, Justin has a busy time coming up with a series of UK gigs but, as well as this, he's also hoping to bag a collaboration with former One Direction star Zayn Malik.

A source said previously: ''Justin has been really complimentary of Zayn's new music and there have been tentative discussions about them working on something together.

''They are in touch and chatting about all sorts and getting on like a house on fire - Justin even retweeted a link to Zayn's single on his Twitter which he doesn't just do for anyone. It would be a huge collaboration if it happened so watch this space.''