Bieber's father Jeremy posted a tweet that's now been taken down, which read "what do you feed that thing?" in relation to the size of his privates.

Though Justin Bieber has complained bitterly about the invasion of his privacy over the recent nude photographs published earlier this month, he’s admitted that he found his dad’s famous ‘#proudddaddy’ reaction “hilarious”.

Earlier this month, 21 year old Bieber was snapped by a hidden paparazzo while he was on vacation with his rumoured girlfriend, model Jayde Pierce, in Bora Bora. The images were of the pair lounging without clothes around their private pool outside their villa, and practically brought the internet to a halt when they were published by the New York Daily News.

In a now-deleted post on Twitter, his father Jeremy Bieber wrote in reaction to seeing the size of his son’s (ahem) junk: “@justinbieber what do you feed that thing. #proud daddy,” following it up with a separate pic of a puppy and wrote, “He's a beaut.” Though he drew a ton of flak on social media for his comments, his son thought it was funny. 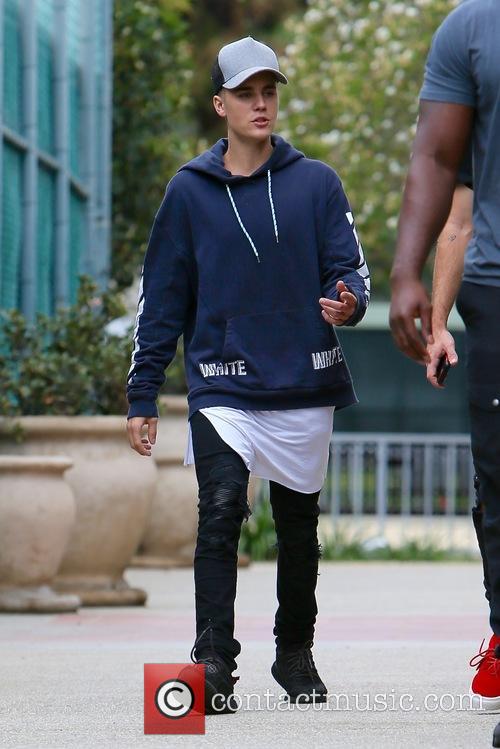 Justin Bieber reacted to his dad's comments on his nude photos

Speaking to New York's Zach Sang and the Gang in a radio interview to set a few things straight about the incident, the Canadian star said that his dad’s comments weren’t even a problem. “I thought it was hilarious. 'What do you feed that thing’,” Bieber quipped and sniggered to himself.

Bette Midler, most notably, thought that his dad’s comments were particularly distasteful, highlighting his abandonment of his son at an early age and calling him “the biggest d*** in this situation”.

“It’s such a dad thing to say,” Bieber said by way of explanation. “When I found out people were hating on him for saying that, I was like, ‘Are you kidding me?’ What dad wouldn’t be proud of that? It’s not like he’s saying it to an 11-year-old. I’m 21 years old!”

Addressing the issue of the pictures seriously, Bieber elaborated upon his feelings about their publication, which he said at the time left him feeling “super violated”. “At the end of the day, the photos, they’re not terrible!” he said of the images, but “I still felt like I wanted to keep that part for me, you know? I felt like it was a little bit of an invasion of privacy. And when I first found out about it, I was like… my heart sank.”