The singer also revealed the release date of his new album, his first in three years, during an interview with Jimmy Fallon.

Justin Bieber has opened why he was moved to tears at the end of his recent VMAs performance, explaining that he genuinely didn’t expect the rapturous reception he got when he finished.

Bieber was talking to Jimmy Fallon on Wednesday evening (September 2nd), and was asked why he broke down crying when he finished, which was arguably the bigger talking point of the evening ahead of his actual performance. Fallon initially joked that his tears were down his private parts being squeezed by the harness that was attached to him during the show! 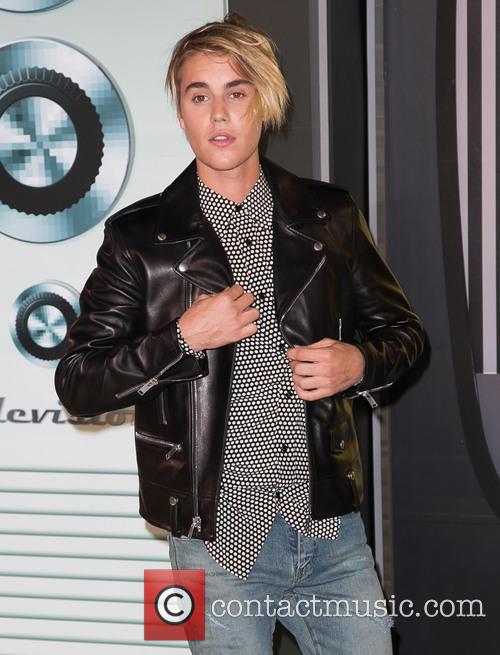 “It was just so overwhelming for me, everything, just the performance – I missed some cues so I was a little disappointed at that – and just everyone, just the support,” the 21-year-old replied. “Honestly, I just wasn't expecting them to support me in the way they did. Last time I was at an award show I was booed.”

More: Lena Dunham takes to Twitter to criticise the lyrics to Justin Bieber’s ‘What Do You Mean?’

The singer, who played a medley of tracks from his upcoming fourth album including his new single ‘What Do You Mean?’ at the VMAs ceremony last Sunday (August 30th), also revealed that the new record would be released on November 13th. He also hinted that the publicity surrounding his recent behaviour has had a big influence on the album, for which no title has yet been announced.

“I've worked so hard on this album, I've worked so hard at becoming the man I want to become,” he said. “Stepping into situations, you just can't help but feel judged, so I was just feeling judged and just wanting to win so badly and wanting to do what I love so badly that I just put everything on the line. What was just so special about the emotional moment at the end; it was just authentic, it was real.”

About that bad behaviour which has being making so many headlines over the past couple of years, Bieber believes that most of that was down to the people he had working for him during that time. “I had a bunch of knuckleheads around me, that was pretty much it,” he stated. “I just happened to be in the spotlight, in front of cameras all the time, and they caught all those moments.”

More: Selena Gomez opens up about Justin Bieber and taking off her purity ring