Justin Bieber Embraced His Feminine Side By Trying On A Pair Of High-heeled Shoes During A U.k. Tv Interview. 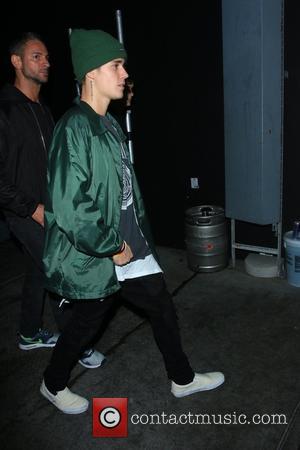 The Baby star made an appearance on British talk show Alan Carr: Chatty Man, and during the taping, he agree to take off his white leather flats and swap them for bright red stiletto heels.

Justin appeared wobbly as he put on the high heels, but grinned as he showed off his new look.

During the chat, the singer also revealed he only wears his underpants once before throwing them away.

"I don't wear the same pair of underwear twice," he admitted.

Justin also opened up about his previous personal troubles, telling the presenter he struggles to deal with the pressure to be well-behaved all the time.

"It's hard in the industry, and there's people looking at you all the time and you feel like they're judging you," he explained. "Is that really going to affect the way you live? It will if you let it.

"I'm able to just handle all this stuff over the past couple of months because I'm more understanding of what it entails to be in my position. You go through trial and error and moments of messing up and it's just normal. Every human should do that.

Other topics included the recent Amy Winehouse documentary, Amy, with Justin admitting he cried while watching the film about the tragic singer, who died in 2011 at the age of 27.

"(I last cried) watching the Amy Winehouse documentary on the way here," he added. "That got me. You know the ending and that whole movie was just depressing, but man, was she talented. Her voice was incredible."