The 21 year old star never got to have one of his own, so he found the next best thing - somebody else's!

Justin Bieber has made headlines again, this time for crashing a high school senior prom! No negative fallout from this one, though, as the singer helped make it a night to remember for all the teen Beliebers.

The ‘Baby’ star caused a commotion when he unexpectedly showed up at Chatsworth Charter High School in southern California on Saturday night (April 25th). “Justin Bieber showing up at our prom? I think we know who had the best prom this year,” the school’s official Twitter account boasted. 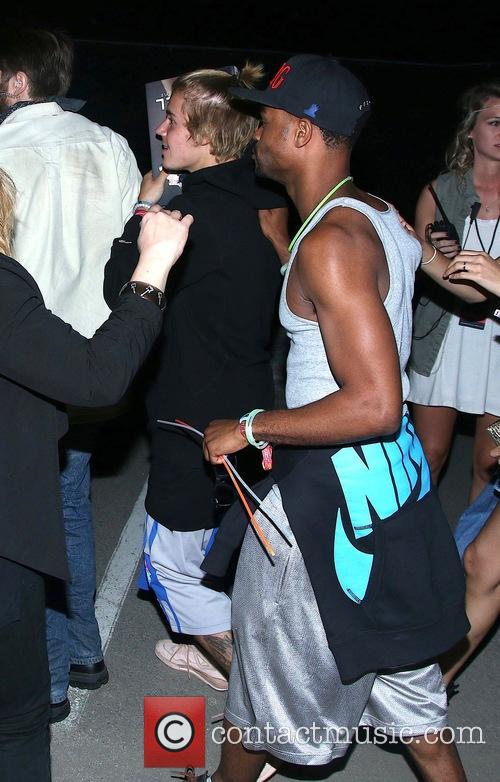 Justin Bieber at a Coachella afterparty

As you can imagine, what with being a multi-millionaire teenage pop star, Bieber never got a high school prom of his own, so compensated for it at the age of 21 by just turning up for someone else’s! “@CCHSRoyals always wanted to go to prom. Thanks for having me. #promcrasher,” he explained on Twitter.

He also retweeted a number of other students’ posts, including one which said “THANK YOU @justinbieber FOR THE BEST PROM (sic).”

Somewhat inevitably, Bieber was completely mobbed by camera wielding, screaming teenage girls. Several of the photos of the incident wound up on students’ social media accounts.

The Prom Queen even got to dance with him, as he joined in on the dancefloor for a few songs. The lucky girl, who goes by the name Princess Potato, gushed on Instagram: “I DANCED WITH @justinbieber AT MY PROM ????”

Bieber made the decision to gatecrash the prom seemingly at the drop of a hat. In tow, he had his friend and rumoured love interest Hailey Baldwin, her friend Gabby Westbrook and songwriter / producer Jason ‘Poo Bear’ Boyd.

Watch everybody freak out in Bieber’s presence below. Warning – contains shrieking!