Justin Bieber wasn’t very happy on Thursday morning (10th September) when he appeared on the Today show. Bieber threw a tantrum with the Today show’s cameraman and, as the feed was live, those working behind the scenes weren’t able to edit or cut off Bieber’s rant before audiences on the east coast saw it. 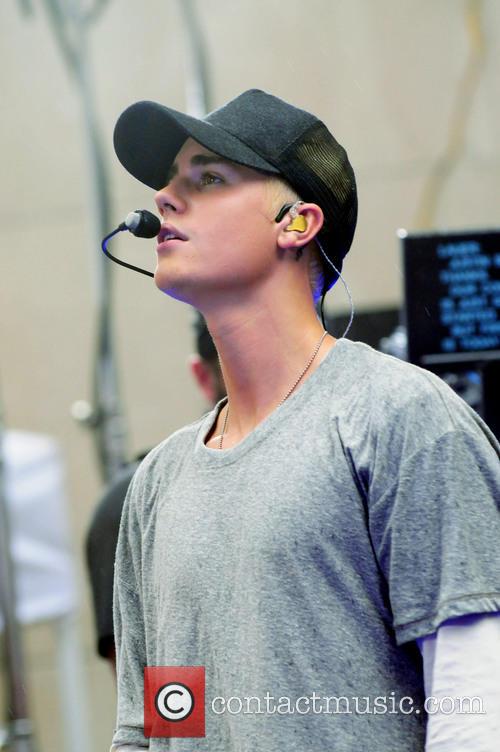 Justin Bieber performing outside the Today show in New York.

Bieber was filmed performing his latest single ‘What Do You Mean?’ live in New York. The camera pans over the crowd before moving in on Bieber. He can be seen from waist up but Bieber wasn’t happy with the shot and he complained directly to the camera. Part of his rant could be heard above host Matt Lauer announcing a commercial break.

“The camera’s been here the whole time,” Bieber can be heard saying on the show, footage of which was obtained by TMZ. “I might as well not dance… What do I do this for if they’re just…”

At the performance, Bieber also unveiled his new hairstyle. The 21-year-old popstar has dyed his hair bleach blonde. This is the first time in two weeks Bieber has changed his look as he has had his hair cut into a style which largely consists of a sweeping fringe.

Bieber is attempting to revamp his public image and it appears to be working as Bieber has won over some of his former critics. He showed his sensitive side by crying whilst performing at the VMAs at the end of August and, appearing on a talk show soon after, explained how he had been working hard on becoming the man he wants to be. However, considering this tantrum, Bieber appears to have some way to go.