The singer was nursing a cold with Vicks but still managed to finish his performance.

Justin Bieber was hardly on top form during his performance at the Barclaycard presents British Summer Time Hyde Park festival. Struggling with a cold, he battled his way through the set, though he still managed to win over his crowd even after a few lyrical hitches. 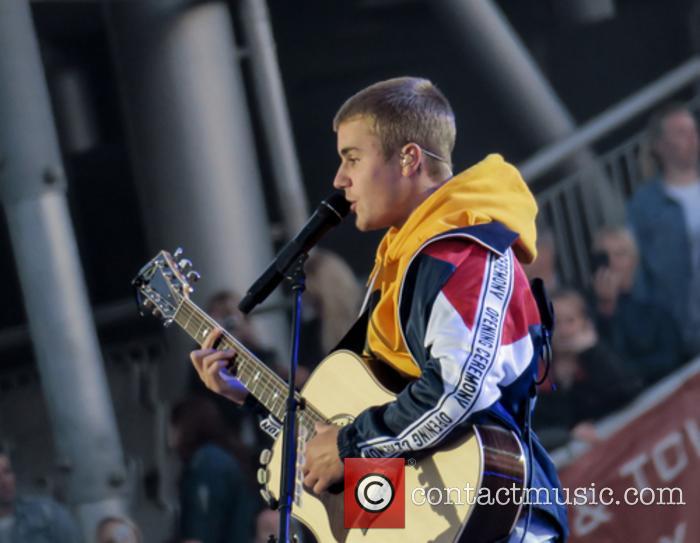 Justin Bieber felt fine at the One Love Manchester concert

The 23-year-old Grammy winner was headlining BST Hyde Park for a UK festival exclusive yesterday (July 2nd 2017), during his Purpose World Tour. But it seems one and a half years of performing across the world has finally taken its toll on him.

Justin hit the stage 20 minutes early at 7:55pm rather than 8:15, apparently so that he could get an early night and a decent amount of rest to kick his cold.

'Backstage I have one of those inhalers, like a Vicks inhaler', he told the crowd. 'And I'm using these other ones, they're called Olbas inhalers... they're the greatest of all time, are they not?' He goes on to say that his nose is now stuffed with medicine and he's having a 'rough night'.

According to reports, he ended up having to mime a lot of his set, but did treat the fans to some live performances too and even managed some fairly active dance moves at the same time. He also did a crowd-pleasing a cappella rendition of 'You Got It Bad' by Usher.

Probably his biggest flub of the night was when he messed up the words to 'Love Yourself', though fans didn't seem too bothered about that. They were also left pretty shocked when he reprimanded his backing dancers for talking on stage. 'What can you be talking about that is more important than what I'm talking about?' He said.

More: Justin Bieber teams up with David Guetta and the Victoria's Secret Angels

Nonetheless, hopefully his cold clears soon so he can return to form for his North American leg on July 29th 2017, which continues at the AT&T Stadium in Arlington, Texas.