Justin Bieber 'bragged' to a friend that Selena Gomez lost her virginity to him when they holidayed in Palm Springs, California. 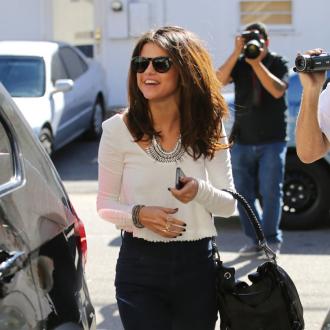 Justin Bieber 'bragged' to a friend that Selena Gomez lost her virginity to him.

The on/off couple - who started dating in February 2011 - went on holiday together later that year and the 19-year-old star is believed to have told a pal the beauty, 21, proved how much she ''in love'' with him by agreeing to have sex for the first time.

The friend told RadarOnline.com: ''Justin told me, 'I knew she was in love with me when she gave me her virginity.' He said it with no embarrassment or shyness whatsoever.''

The source said: ''It was in the summer of 2011. They flew to Palm Springs for a couple days and had a super private place to stay.

''The purpose of the trip was 100 percent because Selena finally said 'yes' to having sex with him. They agreed because they both said they were in love.''

Earlier that year, Justin - who has been pictured in a number of strip clubs in recent months - spoke out against casual sex.

He said: ''I don't think you should have sex with anyone unless you love them.''