The 20 year-old celebrated Mother's Day with a stadium full of boos when he took his mother to the LA Clippers game. 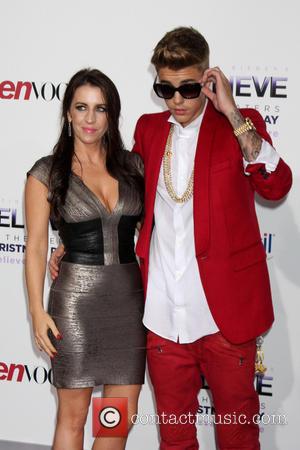 Justin Bieber's trip to LA's Staples Center may have been a bad idea.

The 20 year-old megastar wanted to treat his mom, Pattie Mallette, on Mother's Day so he decided to take her to a Los Angeles Clippers game this past Sunday (May 11th).

But even though Bieber may support the NBA team, the fans certainly don't as he was unanimously booed when cameras court him sitting courtside.

"The entire placed booed him when Staples Center cameras put him on the jumbotron," a source told E!News.

The 'Boyfriend' singer took his 38 year-old mother along to see the LA based basketball team take on the Oklahoma City Thunder in game four of the NBA playoffs.

However, this cannot be the first time Bieber has been booed, and he didn't let it ruin the day's celebrations.

The Canadian pop star posted a photograph on his Instagram page of himself hugging his mom on Sunday along with the caption: "My mom has taught me how to love, forgive and believe. She is my everything."

He also took to Twitter to pay tribute to Mallette, and posted, "I love my mamma! @pattiemallette this is our day. Happy Mother's Day. I love you."

She joined in on the social media fun too, tweeting, "Enjoying Clippers game w my favorite man for Mother's Day. Love you," along with a snap of the pair at courtside.

Bieber finished the day's festivities by sharing a funny pic of his mom biting into a hotdog with the caption read, "Took my mom to the game.. She's more focussed on the food."