Justin Bieber wasn't in attendance at the Juno Awards last night (30.03.14), where his name was widely booed when he was announced as the winner of the Fan Choice Award. 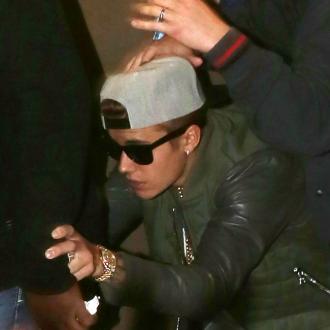 The 'Boyfriend' singer was honoured with the Fan Choice Award for the fourth time at the Canadian music awards ceremony, but it seems he wasn't a popular choice with all of the audience at Winnipeg's MTS Center as his name was met with ''a surprising mix of cheers and audible boos'', The Hollywood Reporter reports.

The 20-year-old star's prize was collected by Canada's Olympic women's curling team and the singer later took to twitter to thank fans for their support.

He tweeted: ''We won #JUNOFanChoice for the 4th year in a row! Love to all my beliebers. Thank u. Love u (sic)''

Justin was later defended by Serena Ryder when she picked up her award for Songwriter of the Year.

Serena - who also picked up Artist of the Year when some winners were announced on Saturday (29.03.14) - said: ''I really think that Justin Bieber is an amazing musician and he deserved every bit of that award because he's been working his ass off his entire life and we need to support how awesome he is.''

In other controversy at the show, Robin Thicke - who was nominated for three awards - cancelled his planned performance at the last minute, citing a need for vocal rest.

However, a petition had been online calling to have the 'Blurred Lines' singer axed for ''blatant sexism''.

Randy Bachman, Fred Turner, Robbie Bachman and Blair Thornton of Bachman-Turner-Overdrive were inducted into the Canadian Music Hall of Fame.

The ceremony was jointly hosted by nominees Serena, Classified and Johnny Reid.

Single of the Year:

International Album of the Year:

Artist of the Year:

Group of the Year:

Breakthrough Artist of the Year:

Breakthrough Group of the Year:

Country Album of the Year:

Adult Alternative Album of the Year:

Alternative Album of the Year:

Pop Album of the Year:

Rock Album of the Year:

Rap Recording of the Year:

'Nothing Was the Same', Drake

Dance Recording of the Year:

'This is What it Feels Like', Armin van Buuren & Trevor Guthrie Armada