The ‘Love Yourself’ singer had admitted he was “a little hungover” during his headlining set.

Justin Bieber has been called out on Twitter by disgruntled V Festival fans who have accused the singer of ‘miming’ during his headlining set. The 22-year-old closed the first night of the festival in Essex on Saturday, but many were not impressed by his ‘hungover performance’. 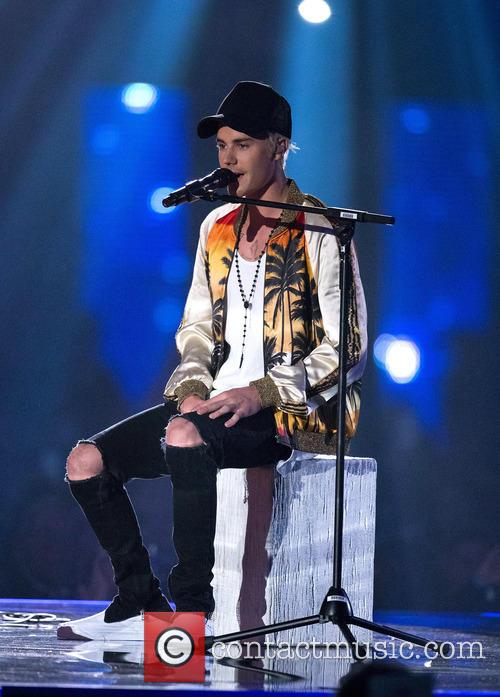 Justin Bieber was accused of miming at V Festival by fans

Justin, who was spotted out partying on Friday night, admitted on stage that he was feeling a little worse for wear after the night before. "I'm a little hungover, I'm not gonna lie," he said on stage. "I don't think there's a more real place in the world than the UK. You guys don't like to fake anything, which I can respect.”

After announcing his hangover the singer then got reflective and told the crowd: “You guys don’t like to fake anything in the UK, which I respect. How beautiful is the world? Who here values their life? I think growing up we go through periods here we don’t value life as much as we should.”

“Life isn’t always easy – there’s going to be bumps in the road. I don’t know if you guys want to keep hearing me speak or just want me to play some music?” he added, according to The Sun. But Justin’s wise words weren't enough to make up for what many fans thought was a lacklustre performance.

'Nah @justinbieber is miming at V Fest. I ain’t paid £80 for a ticket to his tour to listen to his CD and see him run around the stage,’ tweeted one audience member. Another added: ‘Gutted! I love love love Justin Bieber but tonight at V he was miming, Not cool.’

One more straight forward fan simply tweeted: ‘Justin Bieber you miming p****. #vfest.’ Another wrote: ‘Loved #VFestival, but #JustinBieber was the worst performer I've ever seen live- miming 95% & terribly. Lazy, disappointing & insulting.’ But Justin does have a chance at redemption with fans, as he will headline the festival again tonight at its second location in Staffordshire.