The 'Baby' singer posted a couple of Instagram snaps of his new... wait for it... private plane!

As one of the world’s biggest pop stars, there can’t be many items that Justin Bieber would be excited about getting for Christmas, probably because he can afford almost all of them without batting an eyelid at the price. But this year Santa Claus has rewarded him with his own private jet!

The 20 year old singer, who has had worldwide smashes with hits like ‘Baby’, ‘Boyfriend’ and ‘Heartbreaker’ and responsible for three studio albums, posted a couple of pictures on his Instagram account when he made the public reveal of this unbelievably luxurious gift. 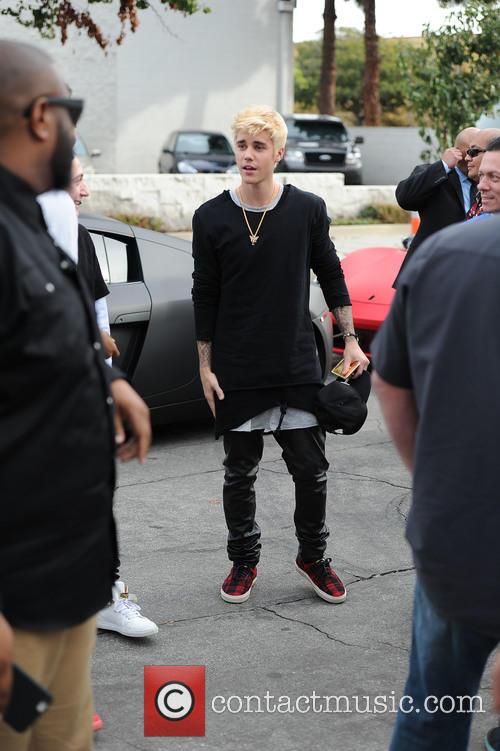 Justin Bieber, greeting his fans in L.A. (above), got a private jet for Christmas.

Taking a selfie in his new toy, he wrote “New jet for Christmas, and she’s beautiful.” Taking a second photograph of the interior of the aircraft, replete with leather seats, he added “Merry Christmas. She’s a beauty.” Both snaps went up on Christmas night.

More: Instagram’s own account was worst hit by ‘Insta-Rapture’, but which celebrity accounts have lost the most followers?

It’s not clear whether the Canadian singer gave this as a present to himself – after all, who could afford it for him? – but it would be well within his price range. Forbes estimated that his last year’s earnings were in excess of $80 million, putting him top of the publication’s list of earners under the age of 30.

TMZ, who reported the story, reckoned that the aeroplane in question is a Gulfstream G6, which is currently available for a cool $60 million, if you can find that down the back of the sofa.

Bieber appeared to spend Christmas this year near Ontario, Canada, which is where his father Jeremy lives with his half-siblings Jazmyn and Jaxon. His Instagram over the two previous days showed several heart-warming snaps of the megastar playing with his half-brother.