Justin Bieber is being sued by a couple who claim they suffered ''problems'' when he put up a phone number with the last two digits missing on the internet and asked his fans to call him. 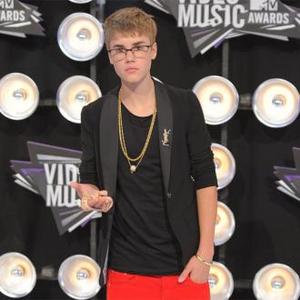 Justin Bieber is being sued over a phone prank.

The 'Baby' hitmaker posted a telephone number to his 19 million followers on twitter with the last two digits and urged fans to call him ''right now''.

However, while they tried to get the correct number, two residents of Texas claim they were plagued with over 1,000 calls, even though the tweet was quickly deleted.

A lawyer representing the pair - a man named Kent and a woman named Dilice - is demanding they get compensation for the problems caused by the prank.

In addition to monetary recompense they are also asking for an endorsement of Kent's upcoming online project.

Justin - who is currently dating Selena Gomez - is likely hoping the legal action will not cost him too much, as the Canadian star recently purchased a $6 million luxury home in California.

Neighbours will include Steven Spielberg and Britney Spears, and the home includes a swimming pool and a guest house.

He also reportedly plans to install a computer system which will control blinds, lights and other house gadgets.