Justin Bieber has released an official statement regarding his arrest at the weekend.

First people were cooing over photos of Justin Bieber back together with on/off sweetheart Selena Gomez, now he's up to his usual tricks and bad boy behaviour, having been arrested for dangerous driving and assault near his hometown in Ontario, Canada. 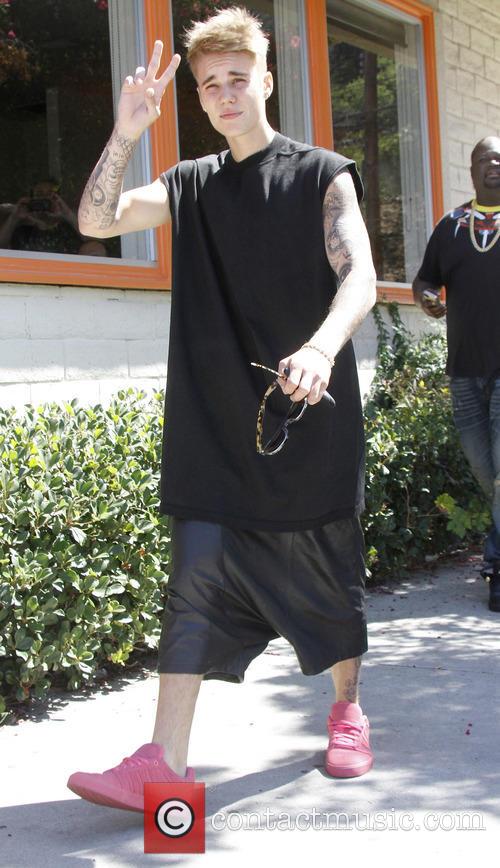 Bieber is in trouble with the law yet again

The pop singer faced the charges after he crashed his quad bike into a paparazzo's mini van and then got into a physical fight with him. Today the singer's lawyer released a statement in which they blame the incident on the photographers. "Justin Bieber and Selena Gomez's peaceful retreat in Stratford this weekend was unfortunately disrupted by the unwelcome presence of paparazzi. This has regrettably resulted in charges of dangerous driving and assault. Mr. Bieber and Ms. Gomez have fully cooperated in the police investigation. We are hopeful that this matter will be quickly resolved."

More: Justin Bieber Shares Selfie With Selena Gomez - Can We Count Them As Official Yet?

Whilst the paparazzi are often intrusive when it comes to celebrities, Bieber isn't shy about breaking the law. He was arrested back in 2012 for reckless driving and again in 2014 for a DUI, though he entered a plea bargain and was eventually charged with 'resisting an officer without violence' and 'driving without due care and attention'. He has also been in trouble for graffiti and vandalism, notably when he was accused of egging a neighbour's house in Calabasas, California.

Another lawyer also defended Bieber's actions, saying "Many celebrities are continually harassed by police. Their privacy is shredded and these incidents can be dangerous. While the public is not particularly sympathetic, they must realise how difficult these cameramen make their lives so I am not surprised there is conflict. It happens quite often, and as long as the paparazzi are highly paid for their photographs, they will continue."

Last week the 'Baby' singer hit the headlines after he was involved in another car crash with a photographer, and went as far as to reference Princess Diana's death on Twitter. Nowadays Bieber is far more known for his antics than his actual music.

Come on Selena- you can do so much better!