Justin Bieber has announced his new single 'Hold Tight' will be released on Monday (21.10.13) as part of his Music Mondays campaign, and he is to drop another new track, 'Wait For a Minute', with US rapper Tyga next week. 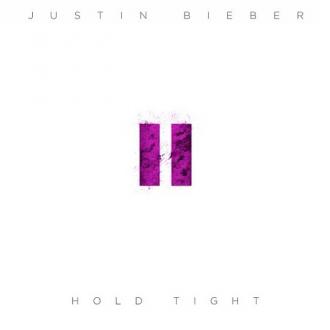 The 19-year-old star took to his Instagram account yesterday (17.10.13) to reveal the artwork for his upcoming single and informed fans he will release the song on Monday (21.10.13) as part of his 10-week Music Mondays campaign.

Shortly afterwards, Justin posted another image of artwork from a track called 'Wait For a Minute', which he has recorded with US rapper Tyga, and told his supporters - known as Beliebers - this tune will also be available next week.

In a series of tweets, he wrote: ''I'm sharing everything with you. #10weeks #MusicMondays. My #journals! #BelieveMovie . And now #AllThatMatters

''Take it to the TOP!! #AllThatMatters (sic)'' He then added a link to the music.

Attaching a message with the track, the teenage heartthrob wrote: ''The lyrics of this song are pretty self explanatory - when you fall in love with someone, that someone can make you feel whole. I feel like anyone who has been in love knows what I mean.

''The song conveys that being in love is one of the greatest feelings on earth. Love is all that matters.''

One week earlier, Justin released his first Music Mondays song, 'Heartbreaker', in which he confessed his love for ex-girlfriend Selena Gomez.