Justin Bieber and Selena Gomez Call Time On Their Relationship 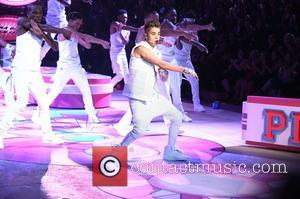 Justin Bieber and Selena Gomez have decided to end their relationship, with the pairs busy and conflicting schedules making it increasingly hard for the teen stars to make it all work for them.

Yes, it has happened! E! were the first to break the news, posting the exclusive on their website yesterday (Nov 9) saying that the two had called it quits and have in fact been apart for at least a week already. A source in close contact with the pair confirmed the news and told the gossip site: "Because of their crazy schedules, it was getting harder and harder to maintain a relationship."

The pair had been an item since last year, going public with their relationship when they appeared at the Vanity Fair Oscar party together last February. Since then the two have been seen as one of the most enduring celebrity couples around, so the news of their separation really does come as a surprise to most.

We're not sure about Gomez, but as far as public appearances go it seems as though Bieber is handling the split just fine. The 'Beauty and the Beat' singer hit the red carpet on Wednesday for a Victoria's Secret fashion show that he performed at telling reporters, "I'd rather be here than anywhere in the world."